Path 1. Along the ancient way towards S. Anna

This route begins at the Parish Church of Argegno, goes along the right shore of the Telo Valley, walking along the hillock where there was an ancient medieval castle, and ends at the S. Anna church dating back to the 17th Century in the homonymous village along the present street for Schignano. In particular the stretch of the route, which starts from the historical centre of Argegno and reaches S. Anna, traces out the ancient path used by the inhabitants to reach Schignano, already quoted in a document of the year 1622 pointed out by Donato Gregorio in the book Argegno. History and memoirs of the city hall of Lario: it has to do with the appeal of the inhabitants of Argegno against the court decision Paolo Giovio who had imposed them to pay the repair of the above mentioned road between Argegno and Schignano for the stretch belonging to their province. But the inhabitants claimed that the repair should have been made by the people who de facto damaged the street, that is to say by the inhabitants of Schignano, who drive through it with their carts, while the others went through it on foot. The deadlock broke in their favour thanks to the evidence of a certain Battista Testi of Muronico, who confirmed how the inhabitants of Argegno: «a piedi l’adoprano spessissimo, et con bestie per andar al pascolo ogni giorno in tempo pascolare, et con carri l’adoprano quando il bisogno di condurre per loro servitio di legna, et alter robbe, pagando quelli d’Argegno la vittura a quelli di Schignano, per non haver quelli d’Argegno carri». Along the route, which was traditionally used during the Rogation processions, made in springs in order to propitiate the crop, an evidence of the popular faith remained: along via Pizzo Gordona are visible around ten chapels and niches, with statues or religious images, built for devotion or as religious donation of the inhabitants of Argegno. But above all the devotion for Saint Anna, is a deep routed devotion, witnessed by the numerous religious donations, and which every year leads many believers of the church, built, according the popular tradition, on the place of a previous marian image, after a vow against the plague of 1630. The Sunday following to the liturgical feast (on the 26th of July), is celebrated a town festival in honour to the Saint where the sacred and the profane join to celebrate one of the most important events in the area. During the morning the High Mass is celebrated, followed in the afternoon by the vespers and by the procession. Up to the 19th Century, in the 3 following days, on Monday (the so called “Sant’Annina”) on Tuesday (the so called “Sant’Annona”) and also on Wednesday (“Sant’Annana”), the ones who could, went again to S. Anna in order to continue the feast.

* building lost totally or in part

Overlapping / Intersections with other paths

Further information about the path 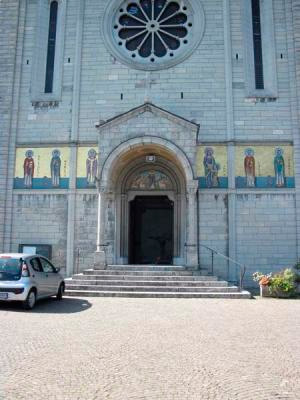 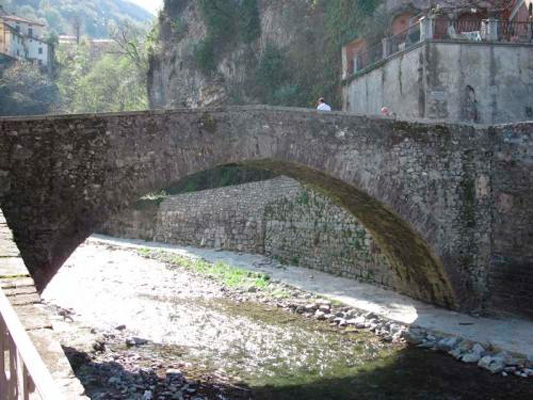 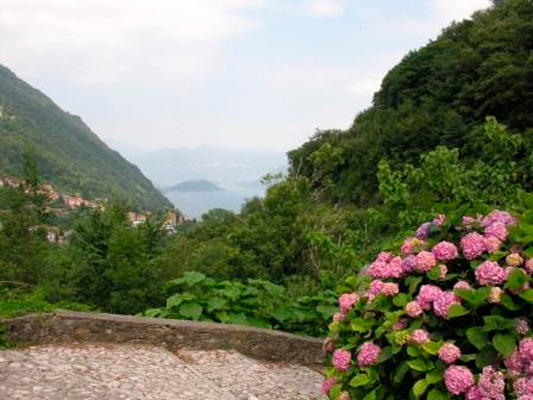